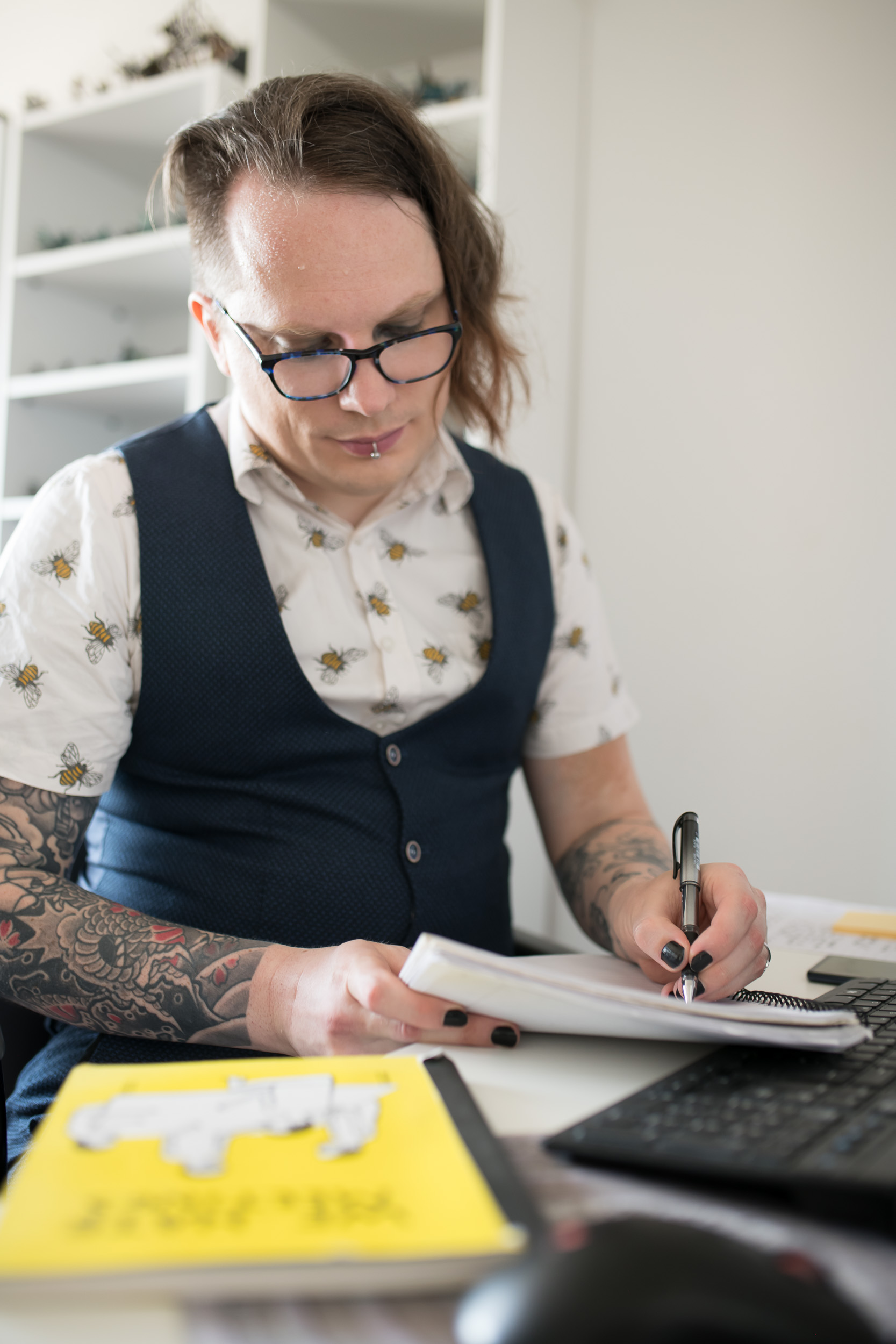 As Unlimited prepares to separate from our delivery partners, it’s time to build our new team – you may have noticed a raft of job adverts flowing across our social media streams over the autumn. Every advert is eventually leading to a new appointment, so we are proud to announce the first new recruit: Amsel von Spreckelsen.

My name is Amsel and I’m the new Finance Manager for Unlimited, coming into post as it transitions gloriously into its own distinct organisation. I’ve got a long background of arts finance having worked for an international Opera Festival for over a decade, and a history of charity governance having served on the board as Treasurer of LGBTQ+ charities.

This role is incredibly exciting for me because I get to put all my interest and knowledge of financial systems into play, creating something designed from the ground up to do exactly what we need it to. I’m quite fond of complaining about how many of our accounting systems and conventions don’t always suit charities, as they were designed for manufacturing and retail, and in some cases haven’t significantly changed since the Victorian era.

At Unlimited, we’re looking to centre artists and artistic expression, and leading the finance function my job will be to support that goal and support all of the great people working towards it, by making their lives easy and their spending decisions, if not easier to make, at least better informed!

As for how I ended up here, I’m originally from London but have lived on the south coast, in Brighton and now Shoreham, for the last 20 years. Whilst there’s a part of my heart that will always be in a Lewisham chippy, I don’t think I could give up living by the sea now. Having said that, moving out of Brighton has definitely felt like slowing down; as with London, it’s become a lovely place to visit but too hectic to live in!

I’m non-binary and genderfluid, and a massive metalhead. Those two aren’t related, I don’t think, but are probably the biggest influences on my personal style. I am, at heart, a 90s goth – everyone knows that the only thing that goes with black is glitter.

My primary interest in terms of disability and culture is around mental illness. I have depression and PTSD and have researched and written about the way that mental illness is represented in culture, predominantly in gaming, and what that means for both sufferers and for consumers of cultural objects. Ultimately, I believe that representation is hugely important, as is visibility.

None of this is about accounting though, which is what I know you’re here to read about, because everyone loves accounting. So, for those interested in the nitty-gritty, I’ve spent my first few weeks reviewing bank mandates, building a chart of accounts, planning cost centres, and income categories, and writing expense policy documents. My spreadsheets are looking amazing.

Our new mission and values for the independent Unlimited