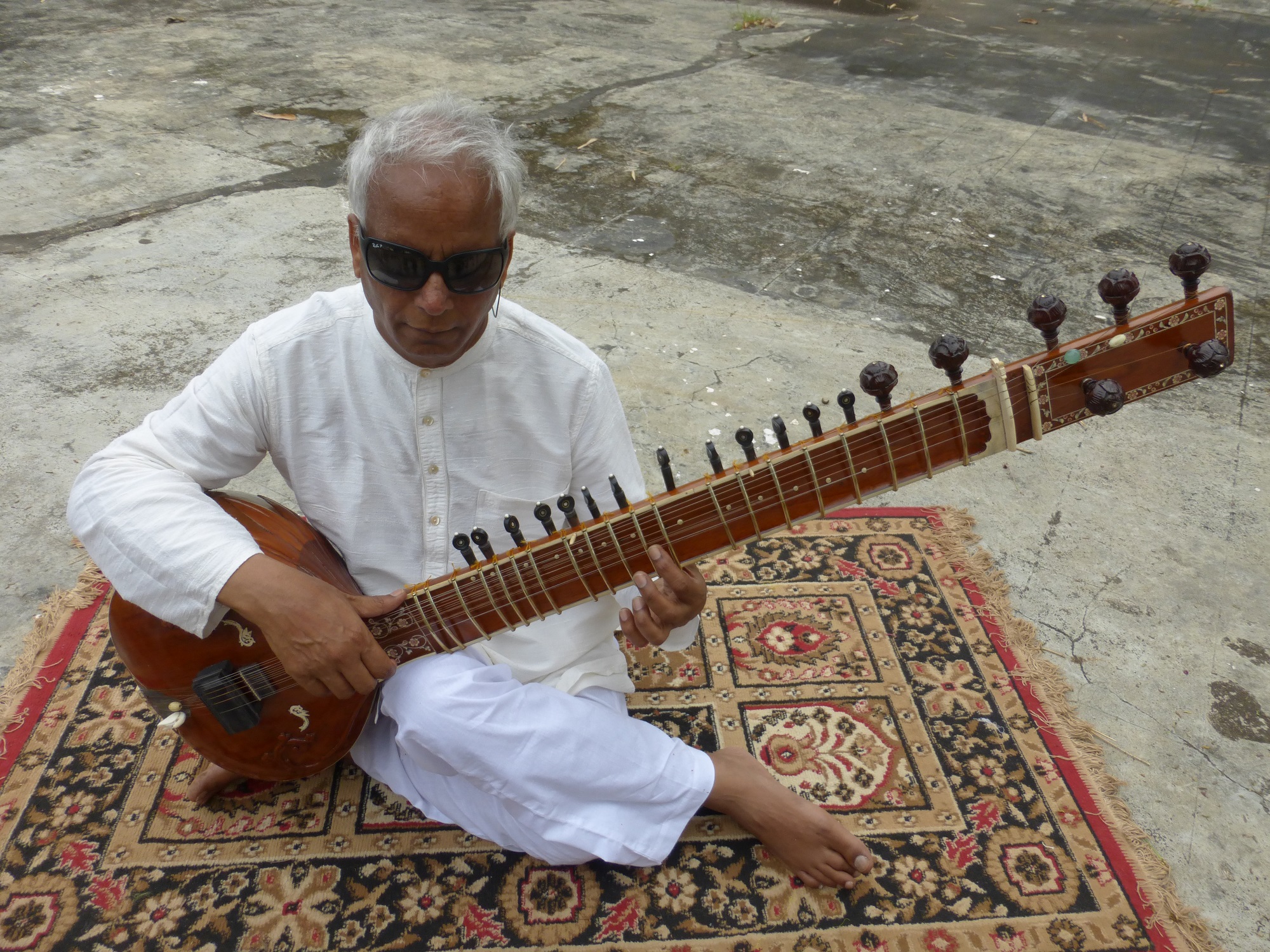 Summary
This case study focuses on Antardrishti– an audio-visual musical performance that was staged in Britain and India in September 2018. Antardrishti – Inner Vision was an Unlimited International Commission which celebrated the work of disabled artists. It was produced by Baluji Music Foundation with support from British Council, Greater London Fund for the Blind and PRS Foundation.

What Happened?
The project was produced by Baluji Music Foundation Ltd and led by Baluji Shrivastav who composed, directed and performed the music with UK’s Inner Vision Orchestra plus guest musicians from India. All the musicians performing were blind. Founded by Baluji Shrivastav, Inner Vision Orchestra is the only blind orchestra in the UK. They were collaborating with outstanding blind musicians from across India, alongside digital artists Addictive TV who brought an innovative visual dimension to the project, together with Arunima Kumar Dance Company. There was narration written and performed by the award-winning blind storyteller Giles Abbott and lighting design was by David Abra.

The narrative of the performances was an exploration of Chapter 11 of the Bhagavad Gita. In this portion of the saga, Krishna is given divine sight. This obviously had a personal resonance of Baluji and the Inner Vision Orchestra and this performance explored the concept of divine sight. Baluji contributed the artistic vision and musical strand to the performance and he collaborated with others to create so that the story could be expressed not only through music but also narrative, visually and through dance.

Addictive TV are an electronic duo who present audio-visual performances based on sampling and remixing. Addictive TV joined the Baluji on a two-week research trip to Goa. While there they filmed the sights and sounds of everyday Indian life. They visited a small market and made field recordings- of someone chopping a coconut in a market, the sound of temple bells ringing and other scenes that had an element of musicality- and these sounds and visuals were cut and edited together for the performance. While in Goa the Inner Vision Orchestra and Addictive TV were joined by the blind dancers who would dance with fire and hold lamps in their hands. This was a powerful visual metaphor, rooted in the narrative, that those who cannot see are the bringers of light.

On returning from the research trip Baluji and producer Linda Shanson applied for funding to take the show on tour. One of the conditions for the funding was that the tour would be international and the original intention was that it would include Spain. The logistical and financial challenges made this impractical and it was decided that the production would visit only Britain and India. There were four performances- at London’s Southbank Centre, Norwich and two in India in Delhi and Mumbai. The Indian performances featured 8 musicians and 2 dancers. The original plan to use blind dancers had to be changed because of a change of management at the dancers’ institute and instead, Baluji chose to work with the Arunima Kumar Dance Company, who are based in the UK.

The logical challenges of mounting a tour such as this one were considerable. The musicians included some who had never travelled outside of India and thus the process of securing visas and air tickets for individuals who were blind, did not speak English and had very little experience with the practicalities of international travel was time-consuming. And yet the fact that the tour took place was evidence that while challenging such a tour is eminently possible. So among the most important things learnt was that the blind musicians learnt how to adapt to new situations and to work outside of their comfort zone.

The organisers wanted to give audiences a performance of great integrity and power. In this, they succeeded. Among those who attended the London concert was Dr Catalin Brylla, senior lecturer in Film at the University of West London. She described the performance as a ‘riveting experience. It went beyond merely listening to music; it was more of a synaesthetic experience, involving and bridging a variety of senses – visual, aural, olfactory, tactile, and even the vestibular sense. This was achieved through the remarkable interaction between music, dance and film. What stood out for me was the harmonious synergy of a diverse range of effective sensations and cognitive stimulations. This created for me a unique and trance-like experience of being drawn into a mythological world, whilst constantly interpreting and appreciating the very mythological symbolism constructing that world.’

During the meet and greet after the concerts Baluji was repeatedly told by audience members that the concert had been a life-changing and eye-opening experience. Miriam Batliwala attended the concert in India. She is visually impaired and was hugely impressed by the ‘immense co-ordination between all these musicians who came from different part of India. I could not see them but one could feel their intense co-ordination between each other.’

What can others take from this?
The shows broke down barriers and helped inspire those who witnessed it to accept that visually impaired musicians should be seen and heard and given the opportunity to express themselves. Dr Catalin suggests that ‘such a performance catapults the creative abilities and passion of blind artists into the conscious mind of non-blind people, challenging ableist stereotypes of inferiority and abnormality. In fact, a non-blind audience becomes very much aware of how visual impairment can uniquely inform the artistic creation process, offering a distinctive way of self-expression that is nonetheless as valuable, effective and engaging as art performed by seeing people.’ That is something politically that Inner Vision strongly wanted to get over- to promote an understanding, an awareness and a positive image of disabled people. Performances such as this one, in the words of Miriam Batliwala, give ‘people who are visually impaired a great sense of hope and enthusiasm and confidence.’

The lesson and legacy of Antardrishti, for Baluji, is to prove that that people should not be afraid of working with visually impaired people and they should accept them for the artists they are. The performance shone a light on the capability and potential of people who can’t see while at the same time suggesting that it is those who refuse to accord visually impaired artists the respect and opportunities they deserve who are truly blind.

Richard Butchins – The Voice of the Unicorn

Kaite O’Reilly – And Suddenly I Disappear: The Singapore/UK ‘d’ Monologues