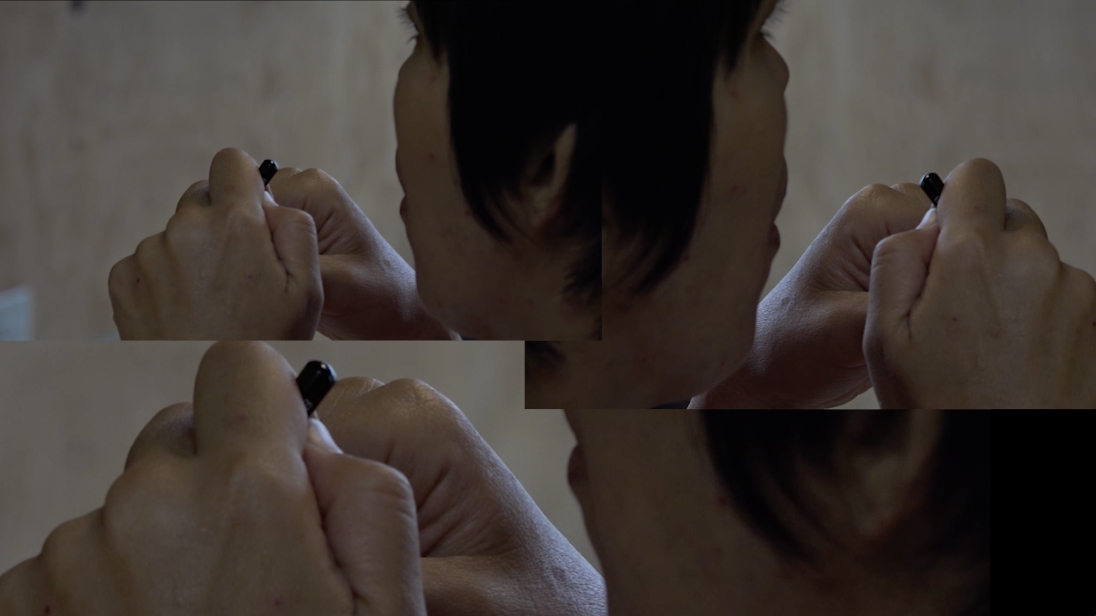 Richard Butchins - The Voice of the Unicorn

This case study focuses on The Voice of the Unicorn – a partnership project between the UK and Japan, building on Unlimited’s relationship from 2016 with the Japanese disabled art studio Atelier Corners. Unlimited see an importance for international collaboration as it allows for more cultural understanding and for ambitious ground-breaking new work by disabled artists from across the world to be showcased. These collaborations develop creative conversations with new audiences whilst helping shift perceptions of disabled people.

Unlimited commissioned Richard Butchins to create a new work to help to challenge the vision and expectation of non-verbal disabled artists in the cultural sector. The drive for this piece came from Butchins’ own difficulties in understanding neurotypical realities, and the recognition of similar struggles in life with his chosen partners. The commission’s co-producer Patrick Knill tentatively hoped with this work, “that audiences would attempt to appreciate something of the world beyond their own neurotypical considerations.”

Butchins and Knill met Morita back in 2016 through an Arts Council England Artists International Development funded trip. They wanted to film her dancing with a drone, which proved difficult in Japan but led to experimentation with other ideas – some which Morita agreed with, and some with which she felt uncomfortable. It was in 2016 that Morita introduced them to Atelier Corners, whom Unlimited had worked with previously.

Butchins and Knill travelled twice to Japan for the duration of one month each visit. In May 2017 they filmed Morita’s drama performance and workshop, and had discussions with Atelier Corners about new artworks and filming. Upon returning in January 2018, they filmed Morita dancing at Atelier Corners, which she described as a mysterious experience: “I danced for twenty minutes on one act. First, I danced with music, but I found there was no need. I could dance without thinking about anything. I could feel the spirits from the place.” During this visit, Atelier Corners artists were also filmed alongside the mother of artist Makoto Okawa (who passed away in 2016), as she is still actively involved within the organisation.

The final work is a multi-screen installation of moving image and experimental documentary pieces, as well as artworks and related artefacts, revealing the unseen world of those who are non-verbal. There is no single narrative or overpowering voice within the work, instead, a series of filmed sequences are presented on varying screens, each of equal importance. There are mini-screens in jars representing the idea that we can see into another person’s world but we cannot see out of it or gain any real understanding of that person’s view. There are also some artworks, created by the artists themselves (A2 in size), with looped films on screens in the centre as well as screens on easels as a nod to the art studio setup.

This work reflects the differing ways that disability is experienced and represented across the cultures. Describing his commission, Butchins said: “The work is about perception and silence. It is about the artistic process of creation. In particular, the non-verbal world of the artists at Atelier Corners. I am providing a number of discrete encounters with that world through visual, auditory and other stimuli. These moments of video, sculpture and sound are the ingredients, but the cooking, the thinking through- that’s for the audience to do.”

The Voice of the Unicorn premiered and was well received at Sheffield Doc/Fest in June 2018, where it won the Alternative Realities Interactive Award and was said to have particularly affected people with a personal history of sensory issues. Knill felt that compared with the other entries in the category, this piece was “strong on actual content and not solely reliant on technological wizardry.” The award itself honoured the piece, noting the originality in its approach to form, interactive storytelling, and delivery. Butchins and Knill hope that this award will open doors to showcase the work more as, being relatively unknown, they have found it difficult to find venues to programme the work, or even be open to discussions around programming. It will, however, be shown in Hong Kong and Southbank Centre in London later this year.

For Butchins, this collaboration was a chance to “move outside my comfort zone, both artistically and personally. I wanted to work in an unknown environment and with people with whom I would need to establish significant relationships- and at times this has been quite challenging.” Butchins felt that the Atelier Corners studio space was a calm, quiet environment, where he felt at home – “a space free from the pressures of the ‘real’ world, which is a place I increasingly fail to understand or navigate effectively.” From experience, for artists to find spaces where they feel safe and understood is extremely important and in turn, helps them feel at ease. This is why this collaboration worked well.

For Atelier Corners, it was the relationship built with Butchins that was important for them, as well as their assurance of being involved in the creation of a high quality work. Having met in 2016, the Director of Atelier Corners Takako Shiraiwa asked to see some of Butchins’ previous work before agreeing to work together. She felt his work was beautiful and well presented, and from this point on, a bond of trust was formed. Given that several galleries, for their own benefit, exploit some disability arts studios and artists, the building of trust and loyalty has been essential here.

Knill’s role in 2016 was as Richard’s support worker, and has since shifted to co-producer. Knill is fluent in Japanese and knows Osaka and, crucially, Japanese culture well. Knill’s background has been in supporting autistic adults, so his role was vital for all involved.

What can others take from this?

The long timescale for this project has helped relationships to flourish and trust to develop, allowing frank conversations to take place. It is essential that this element of time and space be built into commissions. Knill, with his strong understanding of the project, Japanese culture, and the ability to help everyone feel at ease, also provided much-needed language translation, which enabled everyone to work together seamlessly. These qualities were essential for the success of this commission. For Knill, he was keen to work alongside Butchins to make a new work about disability “that avoided common tropes and stereotypes of disabled people”– something which future work in this field should have at the forefront of its plans.

Due to the expense involved with producing high-quality video and film, it was decided with Butchins that Atelier Corners would be given a smaller version of the finished work to allow them to exhibit it in Osaka, Japan near the centre, but neither they nor Kazuyo Morita would be able to visit England due to budget constraints. In 2016 Atelier Corners visited England for the Nama Āto: Japanese Outsider Art exhibition, produced by Unlimited, in partnership with Outside In and Atelier Corners. Atelier Corners benefited from this experience, both in terms of making and meeting new contacts, and for their artists to have the opportunity to see their work exhibited in other environments. Where possible, budget should be found to allow overseas travel to happen and for all parties involved to experience the benefits of travel and exchange.

All involved describe this collaboration as an exceptionally positive experience for which they are grateful, and they are looking forward to seeing the outcomes of this commission and collaboration.