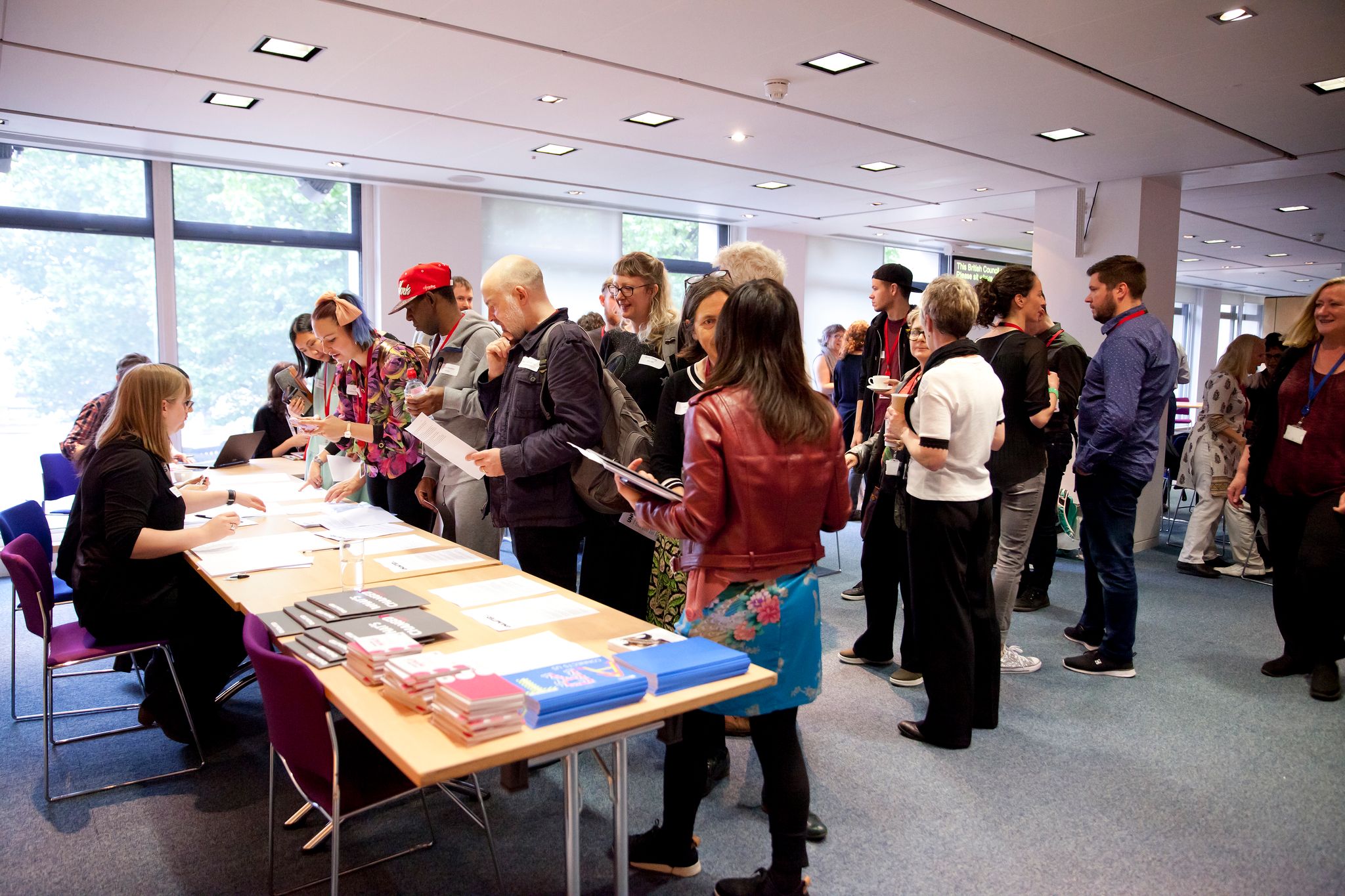 Tuesday 27 October was the deadline for Expressions of Interest for the three strands of awards we opened in 2020 – for main commissions, research and development awards, and awards for emerging artists. So, how many applications were received and what happens next?

Drum roll please… in total, we have received 468 applications for Unlimited support across all our strands (congratulations also to Alistair from our staff team who won the office sweepstake!). This is much higher than in 2018 when we received 271 applications for the same three strands, likely due to the current impact of COVID-19 on the cultural sector.

Thank you so much to all who applied – we know it’s hard for many to get their thoughts and ideas on paper during this complex time. Unlimited is only a success due to the work we fund, and this open commission process is the way we reach most of the work we support. We simply wouldn’t exist without you.

We are midway through our internal check to ensure all the applications have what they need, are submitted to the right strand, and so on – and we’ll be in touch with people directly with any queries. Our aim is to help people apply, not to penalise them for any errors or omissions. This means the analysis below might change by a percentage point or so – but we wanted to be as transparent as we can be, as soon as we could be.

Our team answered over 250 direct questions by Twitter, email, or phone to support people applying. Most people applied online and seven (1%) chose to apply offline for access reasons.

Sadly, we had a glitch with our new system (Submittable) over the weekend before the deadline as they installed a new feature which had some bugs in it. It impacted on 54 applications, mainly on the admin side (not labelling them correctly) but also for some applicants – 3% of those applying experienced an odd message when submitting. We are really sorry for the additional stress this caused people applying.

In total, 35 people asked for access support, which has cost just over £8000 (though we are still counting!). This ranges from support with making online applications through to help organising ideas into coherent project plans.

Where were applications from?

We looked at where the applications came from: 27% were from artists/organisations based in London, 18% from the Midlands, 16% from the North, 14% from the South East, 10% from Scotland, 9% from the South West, and 7% from Wales.

As mentioned before, we have upped our data collection and our commitment to increased transparency to respond to initiatives such as #PullUpOrShutUp. Reporting on the diversity of our applicants is part of being open about what we do and how we do it. It helps us point to where we reach and where we don’t and where we need to do better. The following shows the responses of those applying and will be updated once the final data is confirmed.

We will further analyse all this data over the coming months and report openly about our plans to continue to remove as many barriers as we can for disabled artists and maintain our focus on intersectionality.

What happens to the applications now?

Each panellist completes a ‘declaration of interest’ form. This ensures they do not select applications from people they have a defined interest in. We look at interests for individuals and those of their partners, family, or other household members tracked over the last five years. An interest exists if people have recently been, or are about to become, an employee, collaborator, advisor, supplier, shareholder, trustee, or board member of an organisation or artist that is applying to Unlimited. Don’t worry though – we take these into account when completing the shortlist so that no applicant is impacted either positively or negatively due to others having interests with them or those on their teams.

As each panellist selects their preferred projects it means they don’t report on why they don’t select others. This means we don’t have direct feedback we can pass on to people who are not shortlisted.

The shortlist will be announced on 3 December 2020. Good luck to everyone who has applied.

Who does Unlimited fund?

Who does Unlimited partner with?

Unlimited: What have we done since lockdown?