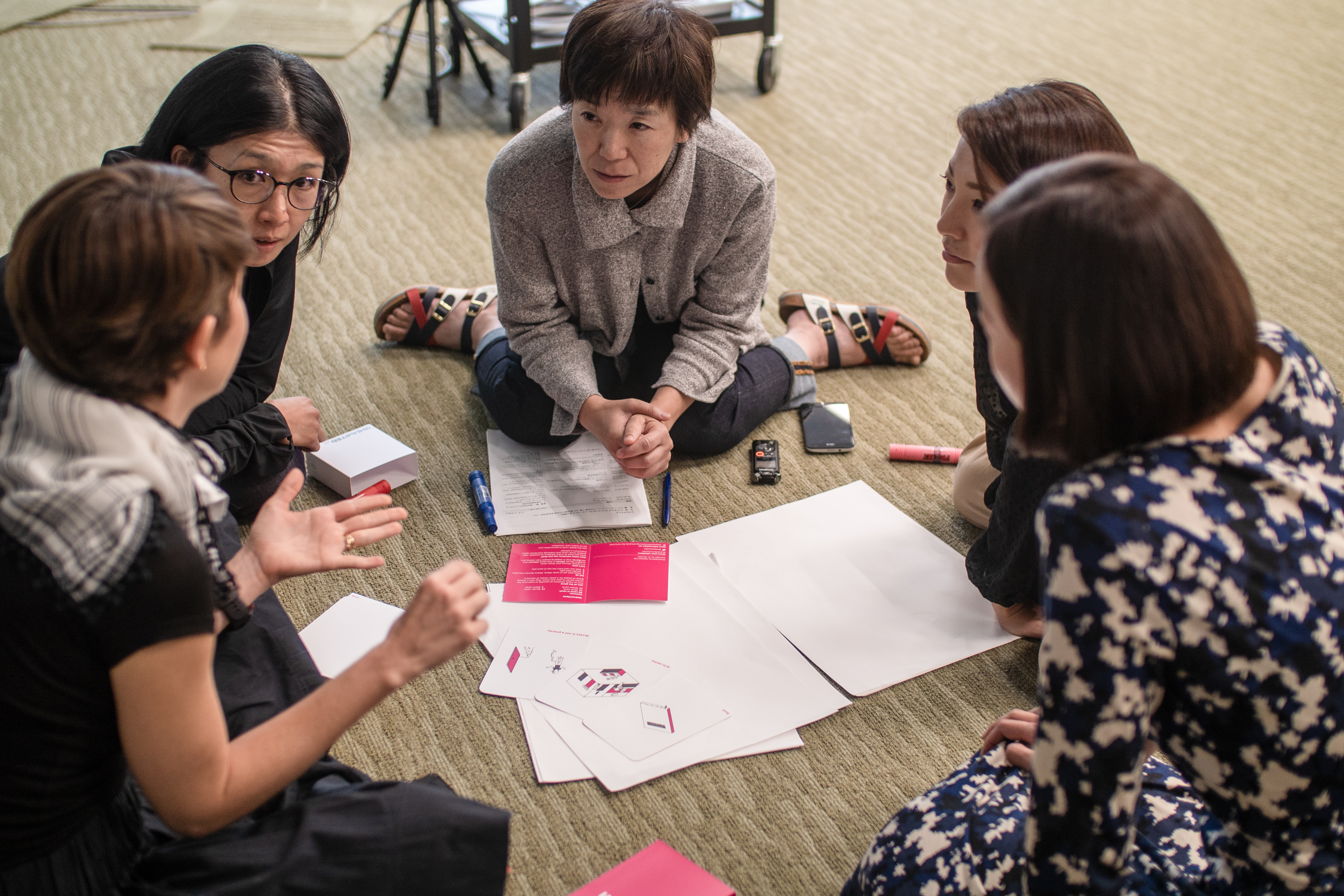 Unlimited is part of the advisory board for Watershed’s two-year Creative Producers International programme, a strand of their Playable City initiative. This October the cohort of producers, advisory board representatives and a group of artists and city-makers gathered in Tokyo for a week long residency of exchange and research. Senior Producer Jo Verrent and Project Manager Clara Giraud got an insight into pre-2020 Olympic/Paralympic Tokyo and some of the opportunities and challenges the city faces.

Gearing up for the games

Under two years away from hosting the summer Olympics and Paralympics, Tokyo is planning and changing. How might they make the best use of the structures, talents, buildings, people and communities present, and ensure they create an event enriching for both visitors and residents with a significant social legacy? Tokyo is already known as a city in constant flux, with buildings being torn down and rebuilt before you’ve had a chance to notice. Things have stepped up a notch and developers, local governments and communities are instigating change at an even faster pace. Accessibility appears to be at the heart of many of the development projects, ensuring spaces that will be re-purposed beyond the Olympic timescale, much like what occurred post London 2012. In fact, Japan appears to tackle some access elements in a more visible way than in the UK – for example, tactile floors and sound-guided support for visually impaired people can already be found in the majority of urban spaces.

An appetite for change

Whilst ever changing city infrastructure is at the heart of Tokyoite culture, 2020 is bringing new challenges and opportunities to a city and country seeking to be more connected than ever with the rest of the world. How does one create urban spaces that invite diversity and difference, a core value of the Olympics and Paralympics, to a country that has historically had a long-term isolationist culture and where disabled people, as just one example, are often both not seen and not heard? Where risk taking and experimentation are both seen as Western concepts? There appears to be an appetite for change from many although the time to implement such change is rapidly shortening as 2020 gets closer.

The residency and conference organised by Watershed and Rhizomatics introduced us to a range of people and organisations attempting to re-think the city into a more inclusive, flexible and playful space. There is a hunger for new collaborations and ideas, which we tasted through the sponsorship and participation of JR East (a major railway and property development company in Japan) who directly participated in an ideas generation session aimed at pushing the boundaries of what they might deliver. Unlimited were able to introduce our #CardsforInclusion game, which will be launched in the UK next month, to a group of Japanese creative producers opening up their practices to new ways of involving disabled people within their plans for play.

There is an enormous opportunity to develop the careers and aspirations of the many, many disabled artists working throughout Japan. The potential for wide systemic impact similar to that seen within the UK after 2012 is easily within Japan’s grasp.

Work such as that undertaken by Atelier Corners in Osaka, who have most recently collaborated with Richard Butchins on his Unlimited International Commission Voice of the Unicorn (next to be seen at Noviembre Electronio, Buenos Aires, Argentina in November), work by Kris Yoshie and Slow Label, Saori, Kazuyo Morita, Taihen, Able Art, Hana, Dance Company Kyo and many more.

Three new projects we were able to see on this visit show Japan creating breathtaking steps in relation to access and inclusion. They included the work of a young blind video games designer Yukio Nozawa who is developing sonic games for the enjoyment of all, a series of cards based on delusions, fantasies and voices being created by members of Harmony, a mental health facility within the city designed to make the often hidden experiences of those experiencing mental ill health within Japan visible and so talked about, and in a similar vein, the controversial comics and radical street fashion featuring Menhera-chan, a manga character who self harms, created by Ezaki Bisuko to reflect his own experiences. Imagine the impact if some of this work was taken out of its niche and became more widely shared.

Of course, many UK artists and companies are already building bridges that hopefully will develop and bear fruit in 2020 – including Graeae, Extant, Stopgap and Chisato Minimamura to name just a few. There is a real sense of anticipation building.

Across infrastructure, arts, access and impact, Tokyo 2020 has two years remaining until the eyes of the world will be watching… and with such resources, networks, allies and enthusiasm we can’t wait to see what you will achieve.