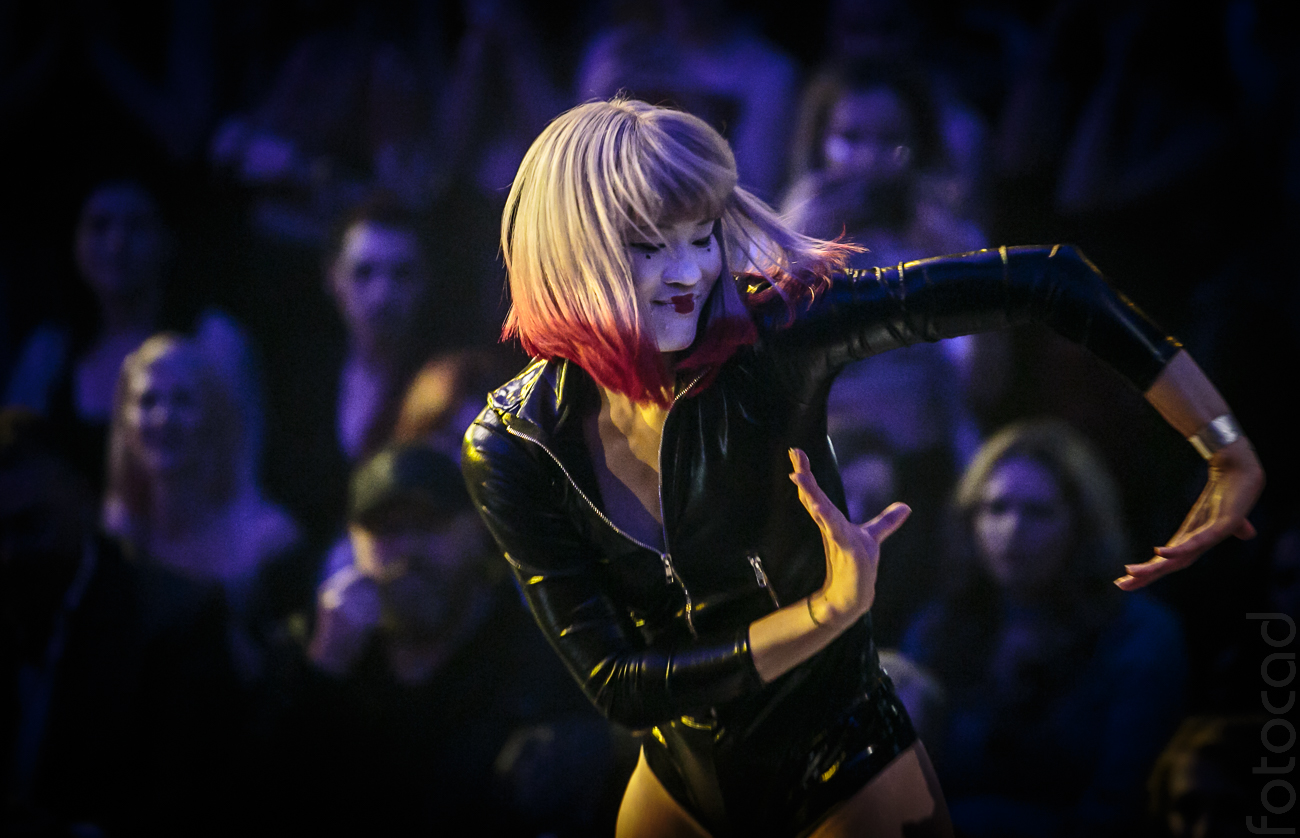 Ariel Fung, The Unlimited House of Krip. Photo by Fotocad.

I was invited to the Queer Contact ’18: House of Suarez and Contact Vogue ball earlier this year and let’s just say I caught my life in abundance! I’ve never been to a Vogue ball before, which is shocking, but I do have to say I will definitely be at the next one.

Disputed on its exact origins, it is agreed that Vogue dancing erupted in the late ‘80s by young, gay African American and Latino American men who impersonated what they saw in Vogue magazine at the time. It was also heavily inspired by Ancient Egyptian hieroglyphics in relation to their poses and their regal royalty. In light of all the discrimination at the time, Vogue ball culture formed as a place for escapism; balls were put on for the community, by the community, with emphasis on their values of inclusion and being oneself.

Performers and participants in Vogue balls compete as part of ‘houses’, which are more like loyal, alternative family groups than teams, led by more experienced ball participants and gaining recognition, praise and trophies as one unit. A ball has different categories in which you can compete in, from ‘Butch Queen Vogue’ to ‘Hands Performance’, so all walks of life can compete in categories as they see fit (I know what you’re thinking… You want to start Voguing!). The range of diverse talent in the place was spectacular to watch – if you’re interested, I really do suggest researching Vogue history on the formation of the culture, or even better: get to a ball!

The House of Krip

Unlimited commission Vogue: The Unlimited House of Krip, by Fittings Multimedia Arts, performed at the Queer Contact ’18: House of Suarez and Contact as the first disabled arts group in England to sashay onto the runway with confidence, commitment and conviction. House of Krip were one of the only houses to compete in every round showing their versatile creativity which led them to win the ‘Fantasy’ round, to also make the semi finals for the ‘solo dance off’, ‘lip sync for your life’ and to then went on to win overall best house. This was a fantastic achievement for the House of Krip and was well deserved.

A highlight for me was the sudden array of sign clapping (waving your hands either side of your head – applause in British Sign Language, often used by deaf people instead of clapping) throughout the night whenever House of Krip took to the runway. The community spirit was alive and the sign clapping grew stronger each time House of Krip performed, showing Vogue ball culture at its best: the acceptance and inclusion of all walks of life.

Fotocad Photography captured the night in all its essence and all the houses –  you can see the pictures here!

Below is the House of Krip trailer produced by Fittings and First Take, which juxtaposes the history of the balls and their celebration of diversity and difference with the lives and experiences of the members of the Unlimited House of Krip. The House of Krip will also be looking at expanding and developing the House for future performance opportunities so watch this space.

The Unlimited House of Krip