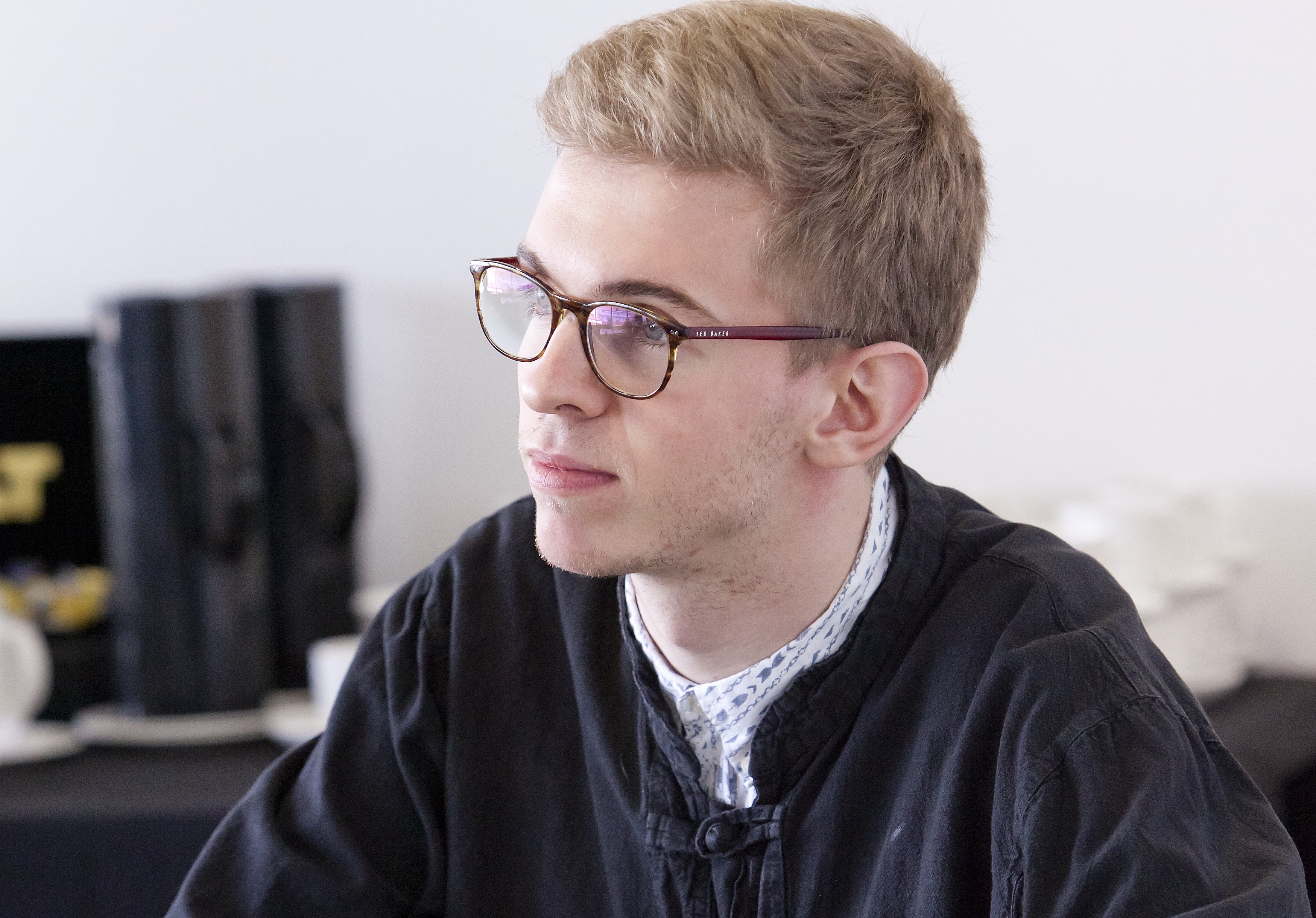 We’ve just said goodbye to our brilliant Trainee James Zatka-Haas, welcoming our new Trainee Sonny Nwachukwu. Here, James reflects on his traineeship with us, and the challenges and growth it afforded him…

The first thing I thought when joining Unlimited a year ago was how I might be different in a years time. 12 months later, there have been changes, massive changes, but pinpointing how or when they happened is like trying to remember on which day black coffee became something potentially tasty to me. Coffee aside, I am certain that these changes have something to do with the way Unlimited regards its traineeship, because before the artist responsibilities, marketing and admin, the role is fundamentally about working on your character – seeing you for the strengths you possess, and your weaknesses too, and using them put you in a much better place when you leave. I’ll take some time to lay out what parts have been most memorable for me, hopefully giving a flavour to future Traineeship applicants of what they might be in for…

The beginning bit is always scary. You’re immersed in a new environment with new ways of working. It takes a while to align yourself with the way things are done, and for me that meant starting slow, learning the ropes, and getting to know how this new place functioned. After a few months and a few prods from Clara Giraud, my line manager, I began finding my feet, and the duties started to mount (never too many, but just enough to warrant sometimes taking lunch at the desk). For me that’s when the traineeship opened up – the greater workloads signified that I had more responsibilities, and being held liable really made my contribution feel significant.

Half way through the year I found myself in Edinburgh, acting – alongside Unlimited’s Senior Producer Jo Verrent and Clara – as Unlimited’s ambassadors at the Fringe. Although none of our Commission recipients were present, it was amazing to see disability-led work boasting a solid position and it was humbling to see the genuine praise it garnered. Working in the crux of things – paperwork, paperwork, paperwork – I sometimes forget about the wider implications of what we do, so experiencing that genuine praise disabled artists received In Edinburgh from an audience who may not have otherwise made the effort was a true highlight. Clara organised a panel discussion called ‘Beyond Tick Boxes’, in which we discussed the immense creative potential that wider inclusivity can bring (alongside other things). For me that talk, alongside the disabled presence in Edinburgh felt really impactful.

Later in the year I attended IETM Brussels with Jo and Shape Arts’ Sara Dziadik, who’s another Unlimited team member, along with a handful of British Council delegates. Despite the daunting prospect of having to look after a budget, write contracts, and organise travel and accommodation, I found the whole experience to be immensely rewarding. Work aside, Brussels is a beautiful city and taking the time, as in Edinburgh, to wander around is never a bad idea.

Thinking about it, I don’t think either of those trips would have worked out had it not been for the way the traineeship scheme works. I mentioned this at the beginning, but there really is a tailored flavour to it – right at the start you find out the things you are good at and the things you aren’t; the rest of the year is spent fluctuating between them; using your strengths to contribute well as team member, and refining your weaknesses to help you as a person. The credit has to be given to Clara, the wider team and Jo, my coach – they assisted me in developing my organisational skills and instilled in me a deeper understanding of the work we do. Sure, my numerical skills leave a lot to be desired, but we’re getting there!

What Unlimited proves is that there are people out there who want things to be different, not just within art but in wider life, and the only way for that change to happen is through a commitment to some ideal, whether that’s the core team reckoning with the admin, the funders fronting the support, and the artists juggling it – the hard work is slowly paying off; that change is being felt. After a year I feel like I’m moving on with a renewed sense of vigor, knowing who I am a little deeper than before, and understanding my community a little better too. That significance cannot be undervalued. In the age of budget cuts, sympathy porn and ‘cripping up’ this fight to change attitudes feels groundbreaking, and I wholeheartedly hope it continues to do so.

If you’re thinking of applying to be a future Unlimited Trainee, please sign up to the Unlimited e-newsletter at www.weareunlimited.org.uk