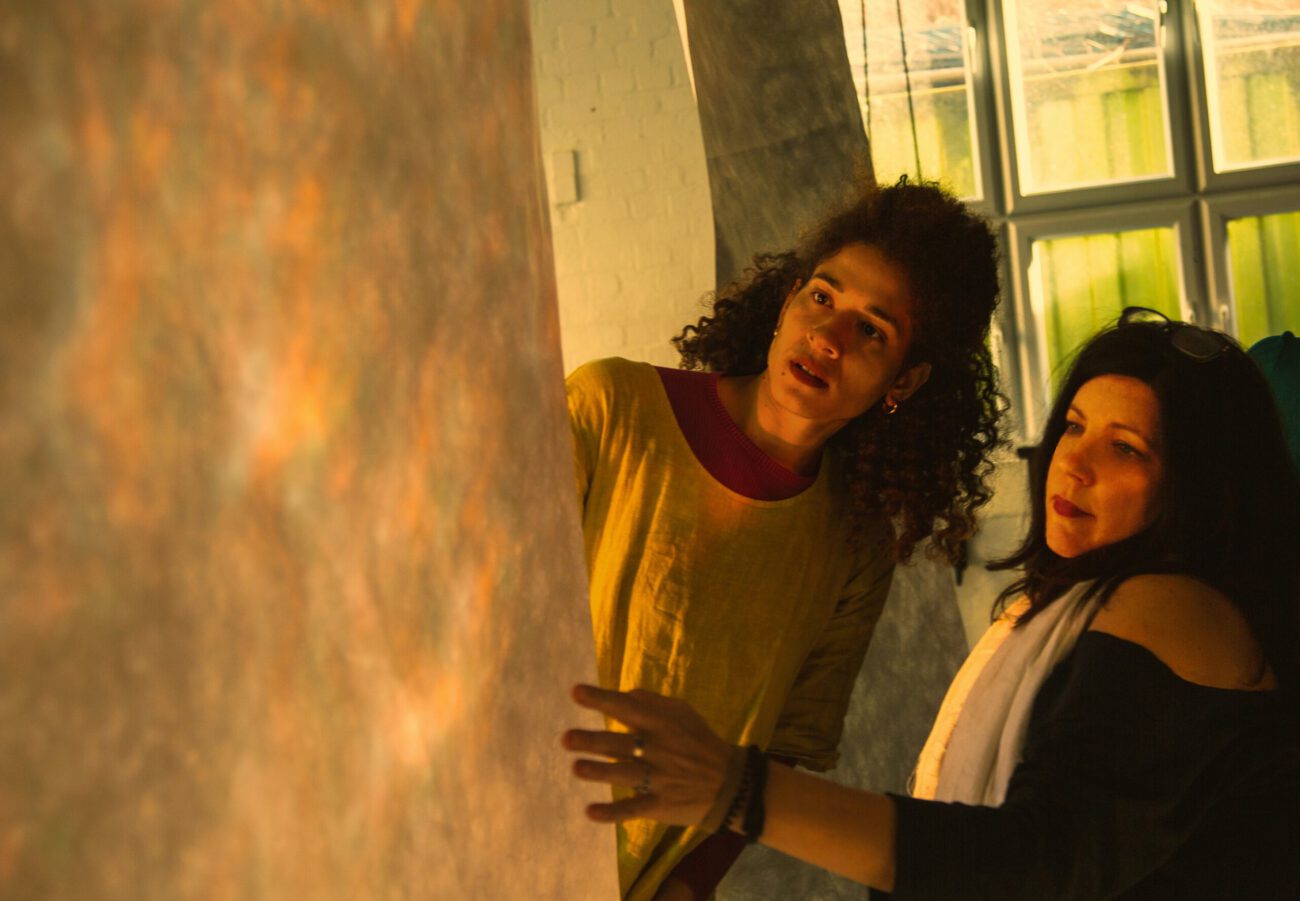 After asking why she wasn’t credited in an image for which she had designed the costumes, we offered Jo Paul the chance to share her thoughts.

Last year I was browsing the Unlimited website and came across an article about a project I worked on as a freelance artist with various partner companies. I co-designed and made the costumes in the photograph (pictured below) and the woman in the photo was a dancer with learning disabilities who I had worked with several times before. I am a disabled woman and have been a freelance artist/designer/facilitator for over 25 years. Neither of us were credited in the photograph or article, only the organisations were.

It felt odd not being mentioned when it was my hands that toiled for hours to make those costumes, and equally disquieting for the unnamed performer. I understand we are credited by proxy by the mention of the organisations we worked for, but is it acceptable not to credit freelancers for their creations? How do we have authorship over our work when the creative product or project in its entirety belongs to the organisations we work for in that moment? Do organisations gain authorship just because they provide us with employment? How do we balance the scales of co-authorship from being weighted in favour of the company? Why is it the norm to credit organisations over artists?

I’m no legal eagle but contracts are relevant here; artists contracts are so varied and individually negotiated. Artist copyright/ownership, co-copyright/ownership or organisational copyright/ownership, have all been offered to me in the past. I have felt unable to challenge the company norm – I want the job after all – so I go along with what is offered. I have designed work or courses in the past that contractually are the property of the company I designed them for. As the work outlives my involvement, not having the opportunity to train the trainers or participate in any way is frustrating, to say the least. But even if you negotiate sole artist copyright/ ownership, how do we navigate products and projects that are designed to be “collaborative”?

I wrote to Unlimited and asked them some of these questions. They took my concerns seriously and raised the issue in communications and workers meetings. The resulting discussions highlighted the complexities of crediting and the question of who is responsible. Chasing for information takes time, something everyone is pushed for currently. As a result of our conversation, they made short term plans of asking funded artists for more detailed breakdowns of who is engaged in each project. Discussions are ongoing and Unlimited are interested in going further.

It’s only recently these questions have started to bother me. It’s not that I want the credit for egotistical reasons – that’s never worried me – it’s because as a freelance artist, I find it increasingly hard to find work and maintain a living wage, especially as an older disabled woman. As the Arts Council reported recently, artists’ incomes are similar to that of 20 years ago.

Things have become tougher for the increasing pool of freelancers and it’s true that working in the arts has always been seen as a labour of love. Even during my MA, my cohort was told unless we had a rich partner, we probably wouldn’t succeed as a designer! Most freelance artists are used to struggling for money sometimes, we are a very adaptable species, and our payoff is creative fulfilment and a sense of freedom and ownership over our time.

‘Visual artists are primarily motivated by artistic fulfilment followed by personal well-being and financial remuneration, in that order.’

Austerity and the general state of play are clearly having a profound knock-on effect on the arts, which is heart-breaking to watch, though I admire how tenacious and ‘revolting’ we all are becoming, organisations and individuals alike. A lot of freelancers are talking to me, however, about finding it harder to find work. Some people are opting for career changes and alternative employment to gain stability.Tenacious though we are, remaining current and in-view of commissioners and employers is crucial for artists’ livelihood. Recognition, name-checks, credits and publicity are thus fundamental to our trade. Though as Unlimited quite rightly point out, lead artists, producers and project managers also need to get involved in fully crediting contributors and distributing information to all parties.

From a personal perspective, as I get older, I sometimes feel less visible as I continue to make my living in the arts. I occasionally feel that my experience goes by unrecognised, or that I am only ever as good as my last job. I work hard to make enough money to live and I am now becoming increasingly time-poor in terms of my own creativity. Alongside my artistic work, I’ve been a coach and hypnotherapist for ten years. This journey started as a way to supplement my income but is now a crucial part of my career path, as I develop creative approaches to ‘wellness’ for artists.

That’s why I wanted to write this blog, not to moan or ask for special considerations, but to open a dialogue. Unlimited cannot solve all these concerns. Perhaps we can look at a shift in thinking about the power balance between organisations and freelance artists. It’s important that we take their care and visibility into consideration. Our well-being and livelihood matter so that we can continue to contribute to creative work, projects and productions. Credit where credit is due, as the saying goes.

Declaring Climate Emergency? Not just ‘woke words’ at the bottom of emails