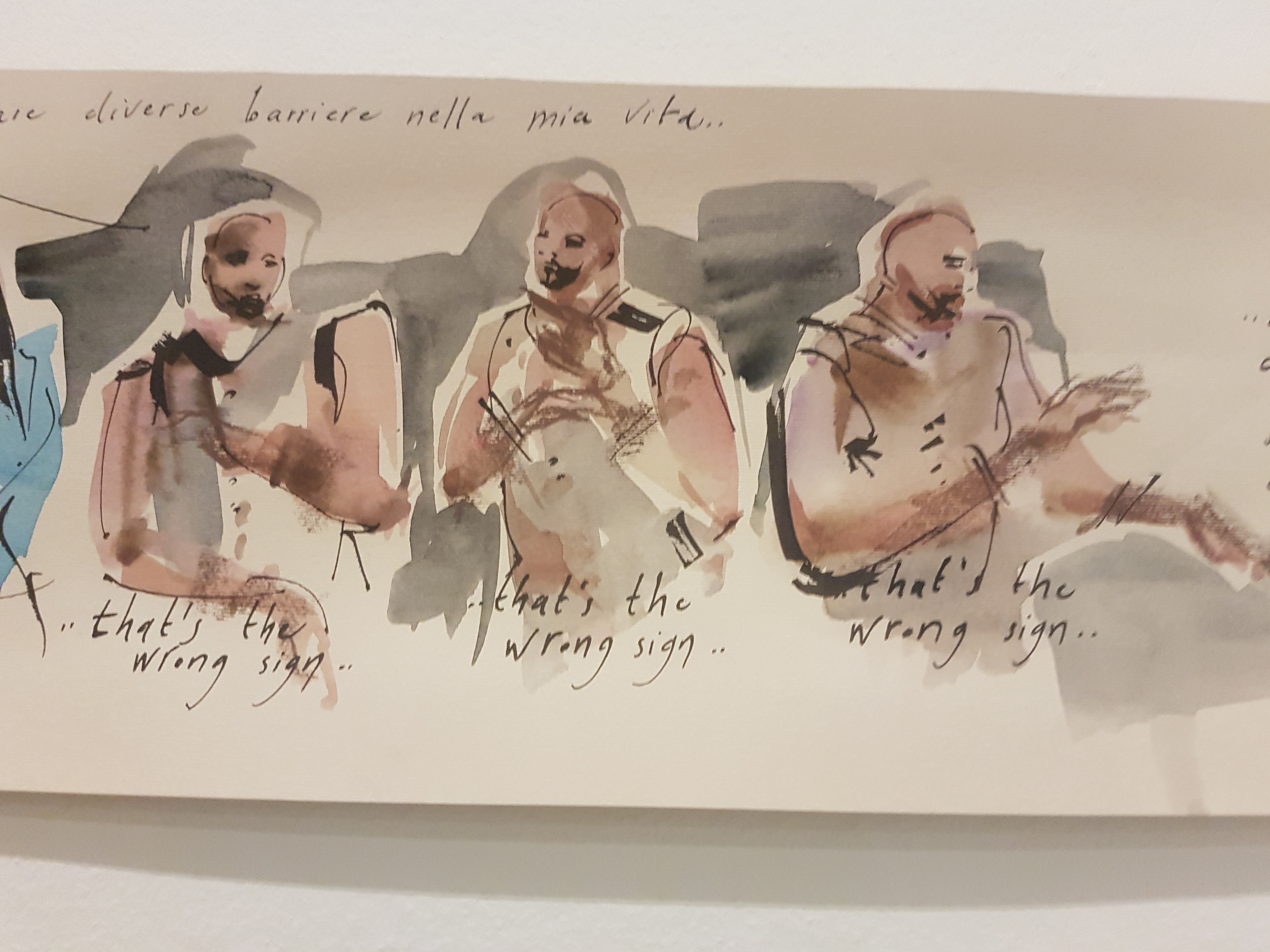 Unlimited trainee James attended the IETM Milan Satellite with Clara Giraud, Unlimited Project Manager. IETM (original name being the Informal European Theatre Meeting) is an international network of organisations and individual members working within contemporary performing arts. Throughout the year it organises ‘meetings’ across Europe and beyond, as gathering points to meet, discuss current issues, and exchange ideas for collaboration linked to specific themes.

In early May I went to Milan to attend the IETM Satellite, one of the smaller types of gatherings aimed at about 80 attendees. IETM is essentially a gathering of cultural workers from a hugely diverse range of contexts – it triggers cross-cultural and cross-sector conversations and plays a major role in fostering cultural dialogue in Europe and around the globe. The theme of the conferences in Italy was discussions around language and communication barriers in art and culture.

The event was organised in partnership with Fattoria Vittadini, a contemporary dance company committed to promoting culture which is accessible to all with no language barriers. It was scheduled in parallel with the Festival del Silenzio, an international performing arts festival with a focus on language and communication access, and advocating for Italian Sign Language, signing culture and their legal recognition in a country where these are still far from being recognised in their own right.

Milan was the site of an international controversy in the late 19th century, where in 1880 a large multi-country conference of deaf educators took place to discuss which method should be used to educate and interact with the deaf. They declared that oral education (oralism) was superior to manual (or sign) education and as a consequence sign language in schools for the Deaf was banned. The conference had an enormous impact on the lives and education of deaf people around the world over the following century and “the Milan conference” is remembered as a bitter symbol of the oppression of sign language. One of the main goals of the festival was to give visibility to and celebrate sign languages as recognised minority languages, rich in artistic expressions such as poetry, visual vernacular and storytelling.

The Satellite kicked off with an opening keynote speech by Rinkoo Barpaga, a comedian, theatre-maker and Unlimited-supported artist. As a British-born Sikh and Deaf, he spoke about encountering both racism and discrimination as he moved around England, constantly asking himself questions of who he is and where he belongs. Rinkoo placed some useful provocations to open the 4 day event, delivered in his native sign language with openness, honesty and humour.

This set the tone for the next three days of working sessions which allowed participants to familiarise themselves with signing and deaf culture. Attendees got a good grasp of the elements that define a language and considered questions of power, representation and creating spaces for an equal dialogue in the arts.

It was fascinating to see the incredible work done by the sign language interpreters relaying the many languages in the room, from Italian to Italian sign language, to English via headsets then British Sign Language and a smattering of various other languages of the nationalities in attendance.

Another impressive line up of sign languages at #IETMMilan, along with the numerous spoken languages in the room. Big thanks to the wonderful interpreters enabling communication! #festivaldelsilenzio @IETM #ISL #BSL pic.twitter.com/63ydlu79NR

When evening came, Festival del Silenzio provided opportunities to check out the Milanese performing arts scene and beyond. Highlights included ‘VOID’, a dizzying dystopian piece by Mele Broomes which drew on J. G. Ballard to blend experimental dance and glitch-video projections with themes of urban crisis and marginalisation, and ‘Generazione Glocale’ by Zona K where the spectators became the piece by responding to questions, instructions and suggestions within a public space as a group – an experience which encouraged us all to consider both our commonality and differences and which of course ended up turning into a free-for-all water balloon fight.

On leaving Milan I felt encouraged by the energy and enthusiastic commitment shown by the festival organizers in celebrating sign languages in all their vibrancy and diversity. They sent a strong signal to the wider cultural industry of the value of inclusion, doing things differently and inviting audiences to be open to new experiences. This cultural exchange provided me with many moments of reflection on how far we have come in the UK (which only formally recognised BSL as a language in its own right in 2003), and I wonder whether this desire to create a more inclusive, equal and accessible society can be achieved on an international scale. I am grateful to have met so many people who are curious, open, provoking, generous and with genuine appetite for change – looking to the future to collaborate with each other to make it happen.

We are partnering with British Council to support travel grants for disabled artists and producers based in the UK to attend future international conferences. Please join our newsletter to be made aware of the opportunities.

My Traineeship with Unlimited – James Greenhalgh