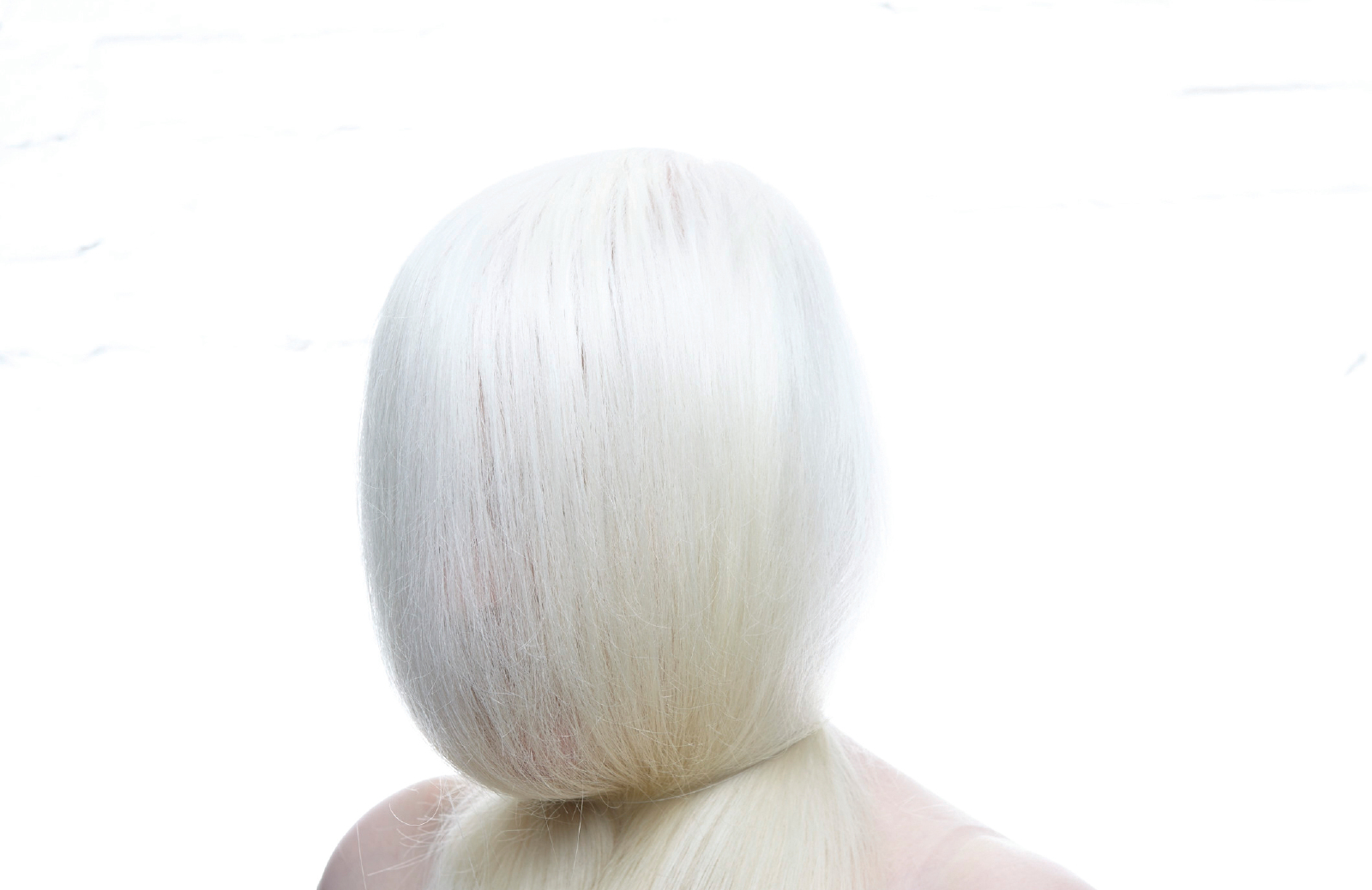 Unlimited has commissioned Jo Bannon’s next creation ‘We Are Fucked’, which is to be presented at Mayfest, Bristol in May 2018, before touring the UK. Last year, Jo gave a keynote address at the Australian Theatre Forum, delving into some of the themes the project covers. Here’s a transcript of that speech, giving a direct insight into the thought process behind this new Unlimited commission.

Hello, and thank you to the Australian Theatre Forum for inviting me here this morning to give this keynote address, it’s a pleasure to be here in amongst your voices. I’m Jo Bannon, I’m a female, disabled artist working in performance and live art, based in Bristol in the UK, and the title of this keynote is ‘We Are Fucked’ – so fair warning the next 10 minutes may contain some swearing…! The title comes from a new project I am making with the same title and much of this talk is borrowed from a talk I gave at In Between Time Festival in Bristol in the UK at the start of this year, in response to the provocation:

“How can performance and live art unfuck the world?”

It is not laziness that returns me to that talk and that question, but necessity, because it has been on my mind ever since. Because I think that at this present moment in time we are, at best, a bit fucked; personally, politically, globally. And I think artists instinctively want to talk to and make work in response to the challenges that the world proposes.

But when I try to answer this question, I falter. I don’t think I have an answer and if I do then I don’t know where to begin. So I’ll start from where I am, maybe the best I can do is try to situate myself before I begin.

I am talking here as an artist, by which I mean art-making is the best strategy I’ve found for meaning, for how to live and how to change my perception and maybe, in subtle ways, the world around me.

I am a cis gendered, heterosexual woman. I am white, from a working class family, born to first generation Irish immigrants who moved to the UK in the mid seventies. To a mother who was threatened by a man on a bus whilst she was heavily pregnant because, when he heard her Irish accent, he presumed she was a terrorist working with the IRA, and to a father who bore the shame of his poverty so strongly that he was the perfect candidate to fall for Thatcher’s rhetoric of the ‘hard working individual’, whom he helped vote into power in 1979. And these are my words about them and they might tell it differently.

I was raised Catholic and am now, at best, agnostic. I’ve only been to Australia once before so my grasp on Australian culture and politics is limited. I identify as disabled, and whilst I sometime do and sometimes don’t use this term, I always do so reluctantly because I don’t like the ‘dis’ bit, the definition of something by its lack of being something else.

I say these things to try to locate myself, to make explicit my personal and political landscape. To attempt to unearth the bias I hold and the bias I am as yet unaware of, the wounds I have inherited, lived and have not had to endure. The privileges I hold and the privileges denied. I start by saying these things both to say where I can speak from and where I can’t.

Because there’s a big elephant in the room. A big question floating around, ‘how can art unfuck the world?’ And I think it probably can’t. As Dan Savage, the gay American advice columnist might reply, when answering questions such as ‘how can I get my sister to trust me again after sleeping with her husband…?’ He might say: “You can’t. That pooch is screwed and it can’t be unscrewed.”

The world can’t be unfucked.

But whilst we’re on the subject of pussies and sex and screwing I’d like to talk about desire. And penetration. Because in answer to the question, ‘how can art unfuck the world’ I think desire is the best chance we’ve got.

How to get from one place to another… From this version of the world to the alternatives. It’s not possible to un-do, to un-fuck, no not backwards he says, but onwards. Maybe the only way is to follow our desire. To meet penetration; whether it be personal, psychological or political, with our own acts of penetration. To penetrate back. Through desire. I would like to propose using our desire as a weapon

And when I say desire, I should clarify that I’m talking specifically about female sexual desire, because that’s where I can talk from and if I’m honest, that’s one of the voices I don’t get to hear from very often. A subject as wide and complex and astounding as the nerve system of the human clitoris which has somehow often been sequestered to being defined by being simply in relations to what it is not, male desire. It is a void, a negative space, a place to be filled. In the same way we are misled to believe, by biology textbooks, that the vaginal canal is the inverse shape of a penis. It is not. Imagine the cries of negligence and deception if we were still lying about what the heart, or liver, or brain looked like..?!

So this is what I’m currently thinking about. And what I’m thinking of making art about. And how I might attempt to unfuck the world. So far it only manifests as the working title of a project I’m beginning called ‘We Are Fucked’ I don’t know what it is yet aside from a set of ideas and questions and some pretty weird Freudian dreams but what I can say for now is…

That the title feels important, because it holds for me my thinking about a set of complex issues which start from female biology and desire and reach out to ideas of power, political and personal penetration and the messy business of sex.

I know I’m interested in exploring the internal and external experiences of female desire, sexuality and their link to neoliberalism. I want to investigate the intersecting fields of biography, psychology, biology and politics to interrogate the modern feminist experience of both personal and political penetration. Because I’m pretty sure if I don’t have agency over my own body, or agency in my own bedroom I’m not going to have much agency out there in the world.

I’m trying to question how to use the micro lens of the personal to reverberate with the macro lens of the political. How to give voice. How to hold a space (in a theatre, in the anonymity of the internet, in living rooms) for people to ask:

That artwork is still in its early stages, it is not yet undressed, to exhaust this sex analogy… So instead I’ll close by talking about another artwork.

Recently I went to a gallery in Bristol to see an exhibition of the work of the female Black British artist Lubaina Himid. I stood in front of a brass plaque; polished, solitary, stretching across the expanse of the gallery wall. To decipher the engraving you have to approach it, to move your body along the length of its reflective surface to read what it says.

It reads: “He said I looked like a painting by Murillo as I carried water for the hoe gang, just because I balanced the bucket on my head.”

The plaque is beautiful, all gleaming brass, luxurious, regal. Like the gilt frames of those 18th century Murillo paintings which depict a European ideal of slavery and still hang in stately homes across the UK. Like the plaques you can find all over historic buildings in Bristol, my hometown, which were once the homes and market places of merchants and slave traders. The plaque is beautiful. The plaque is biting. Sharp, acerbic, acidic, elegant.

It calls the reader to account in a way that feels live and un-relenting. It holds its ground and destabilises yours. Its aesthetic and its content are so tightly bound up together; the choice to use the same mechanisms of oppression – the brass, the wealth, the gallery – to bite back. It feels like a beautiful, elegant, forceful “fuck you”. To use the same tools which have fucked you over to make an artwork that fucks you back. Because I’ve been asked a big question here today, “how can art unfuck the world?” and the best response I can come up with is that we reclaim and use our desire to penetrate back.

No, art can’t unfuck the world but it can fuck it right back.

This disclaimer informs readers that the views, thoughts, and opinions expressed in the text belong solely to the author, and are not necessarily shared by Unlimited or its team members.