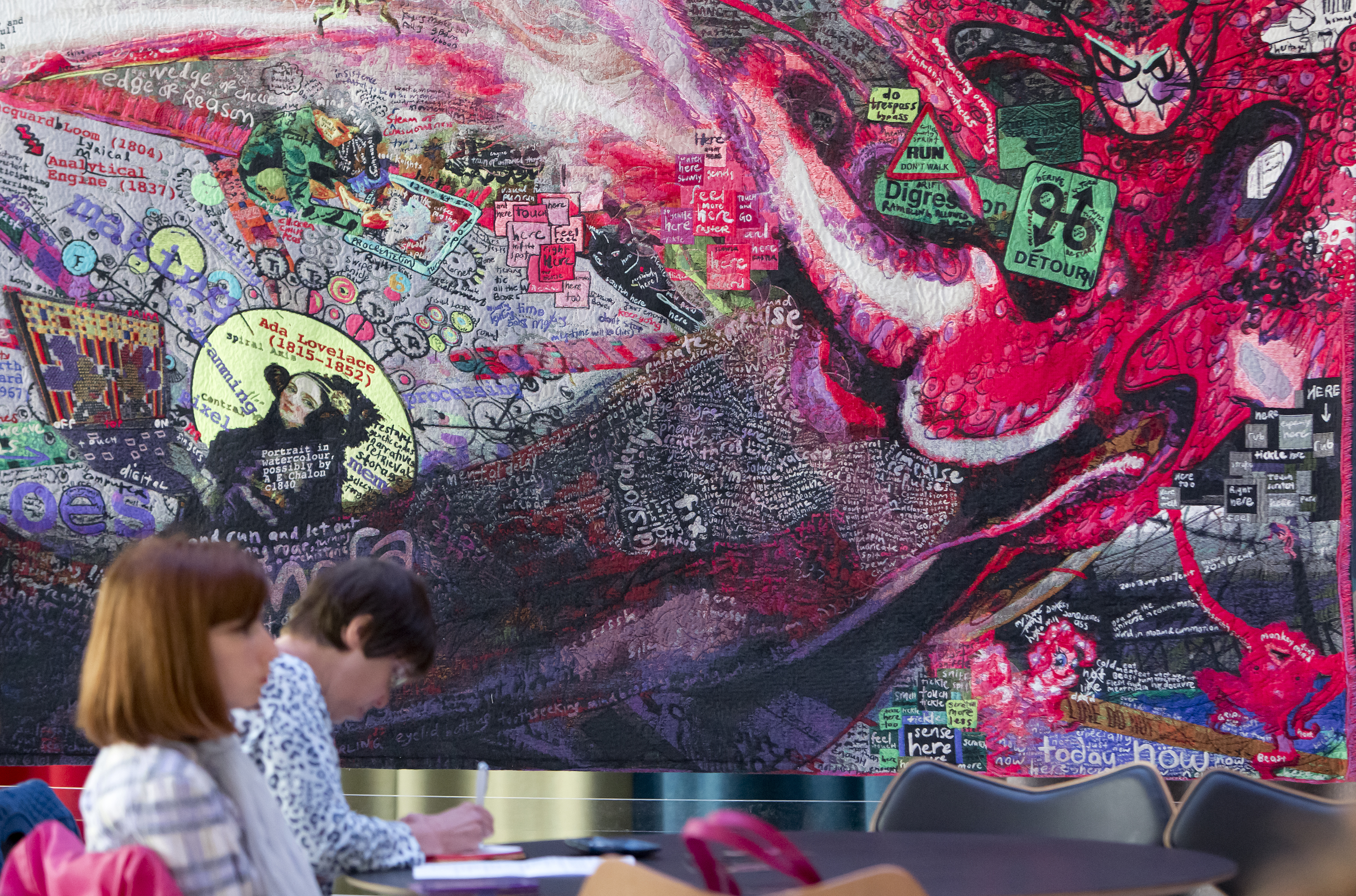 This week, we have the second post by Contemporary Art Curator and writer Linda Rocco as part of her associate role with Unlimited and The Art House. Linda shares her thoughts on activism in the arts and the Unlimited commissions that are shaping the Disability Arts discourse.

The complexity of the modern world has been designed through the stratification of intersubjective truths: shared myths which exist for as long as people believe they do. These invisible principles, such as money, law and nations, regulate the core of any contemporary society, and through dynamics of power, they also subjugate the existence of most objective things of the natural world – such as rivers and forests. It is under those beliefs that society compartmentalises us as individuals, defining (and confining) who we are and what we are capable of. In the dichotomy of visibility/ invisibility however, money, law and nations undeniably dictate the life of every citizen. The actual existence of those principles fundamentally determines the course of our own lives, generating stereotypes that tend to amalgamate the similar and separate the other.

In this scenario, the experience of otherness becomes controversial – particularly when the divides of race, class, gender and impairments are not blatantly visible. In terms of natural differences, the lack of clear and defined labels to associate our persona to a standardized system of peers, ultimately marginalises us from mainstream debates. In the ambiguity of mental illnesses’ diagnosis for instance, the more powerful groups in society create and apply deviant labels to the subordinate groups to promptly separate themselves from the other – the “faulty” ones. In the late 1990s, Australian sociologist Judy Singer coined the term neurodiversity to describe the almost 40% of the population with “disorders” affecting the mind and brain. ADHD, autism, schizophrenia, dyslexia, depression and various mental illnesses are just a few examples belonging to the neurodiversity paradigm, she argued. Compared to the majority of neurotypical individuals, with ordinary developmental, intellectual, and cognitive abilities, neurodivergent people might appear like anyone else – despite their brain functioning differently. What makes them unlike the so-called norm, is a set of behavioural characteristics which complicate their integration into the system and their relation with fellow individuals.

In the history of arts and culture, the diversity of human brains and minds has positively emerged through various eclectic personalities whose contribution has proved fundamental. Vincent Van Gogh, Virginia Woolf, Robert Schumann and Sylvia Plath are just some examples of uniquely creative neurodivergent people. The present world however, which already struggles to integrate people with visible disability, is not geared towards those with invisible disorders, that just outwardly appear to be healthy. The perception of invisible disabilities causes discrimination not only from other fellow individuals whose reactions often superficially dismiss the unknown or undervalue the imperceptible; it is the very societal structure, designed under a loose idea of visible ableness, that only perpetuate hierarchies of stigma which for instance accepts anxiety and depression but completely refuses to understand schizophrenia or borderline personality disorder.

Within the contemporary western trend – especially of the art world – to label anything in order to prove its existence, for neurodivergent and mentally ill people to identify as disabled becomes an act of resistance. As with terms like ethnographic art, community art or feminist art, the labelling step has eventually generated a space for debate, making certain groups more visible to the canon. The prejudices associated with identifying as disabled are linked to an old medical model which views the disabled body (and/or) mind as a faulty machine which needs to be fixed. According to the social model of disability however, the disorder is embedded within society which disables people through systemic barriers, negative attitudes and exclusion. And in its rigid and stagnant modus operandi, society fails to take account of the diversity of human beings.

Those with an invisible disability who open up regarding the obstacles they face, are the force needed to break down stereotypes and expand common definitions of normality. Adopting openness as a principle can radically change society mindset, proving that disabled people can be anyone and everywhere, despite their look, race, gender and status. The Vacuum Cleaner for example, an art collective of one artist, James Leadbitter, employs legal and illegal extreme tactics to disrupt concentrations of power addressing issues of mental health and consumerism. In his project ‘Madlove’, he allows people with lived experience in mental health institutions to design a space and activities that enable users to ‘go mad’ in safe and creative ways. The collaboration-based project brings together people with and without mental health experiences, mental health professionals, academics and artists, proposing a new structure designed, built and run by themselves, inviting people to share knowledge, practices and openly support and inform each other.

Art can make the unseen, visible; it is capable of crossing divides and enabling people to live someone else’s experience through inducing empathic responses. The word ‘empathy’ derives from the German Einfühlung or “feeling into”; it is a biological instinct enabling corresponding feelings between the observer and observed. As a spectator watching the suspended trapeze artist on the edge of a fall, to see and experience the “mad” side allows to emphasize and eventually comprehend – not only pathologise and separate from the other below.

The work of Kai Syng Tan is another brilliant example that bridges art with academia and science, generating outstanding new interdisciplinary collaborations. Her Unlimited commission ‘#MagicCarpet’ makes not only visible, but also palpable, the multiple connections coexisting in an ADHD brain. Kai worked with Professor of Molecular Psychiatry Phillip Anderson of King’s College London, reflecting on how to create a space where to think critically about mind wandering to unlearn common presuppositions about ADHD. After a series of dialogues, she designed an intricate yet beautifully convoluted tapestry illustrating a voyage into the artist’s mind. The work is activated by asking audience members to sit on a mat facing the tapestry and have a chat, wandering free and learning from one another, raising questions and challenging assumptions by making maps.

This work, like many others by disabled artists, is at the very least an attempt to directly address, rather than simply representing, the stereotypes born within the contemporary social and cultural power structures. It is also evidence that activism in the arts can uniquely empower individuals and communities, suggesting innovative collaborations and more inclusive interpretations of society.

Disclaimer: the views, thoughts, and opinions expressed in the text belong solely to the author, and are not necessarily shared by Unlimited.

Experiencing diversity through impressions on the everyday: the radical vision of Unlimited artists