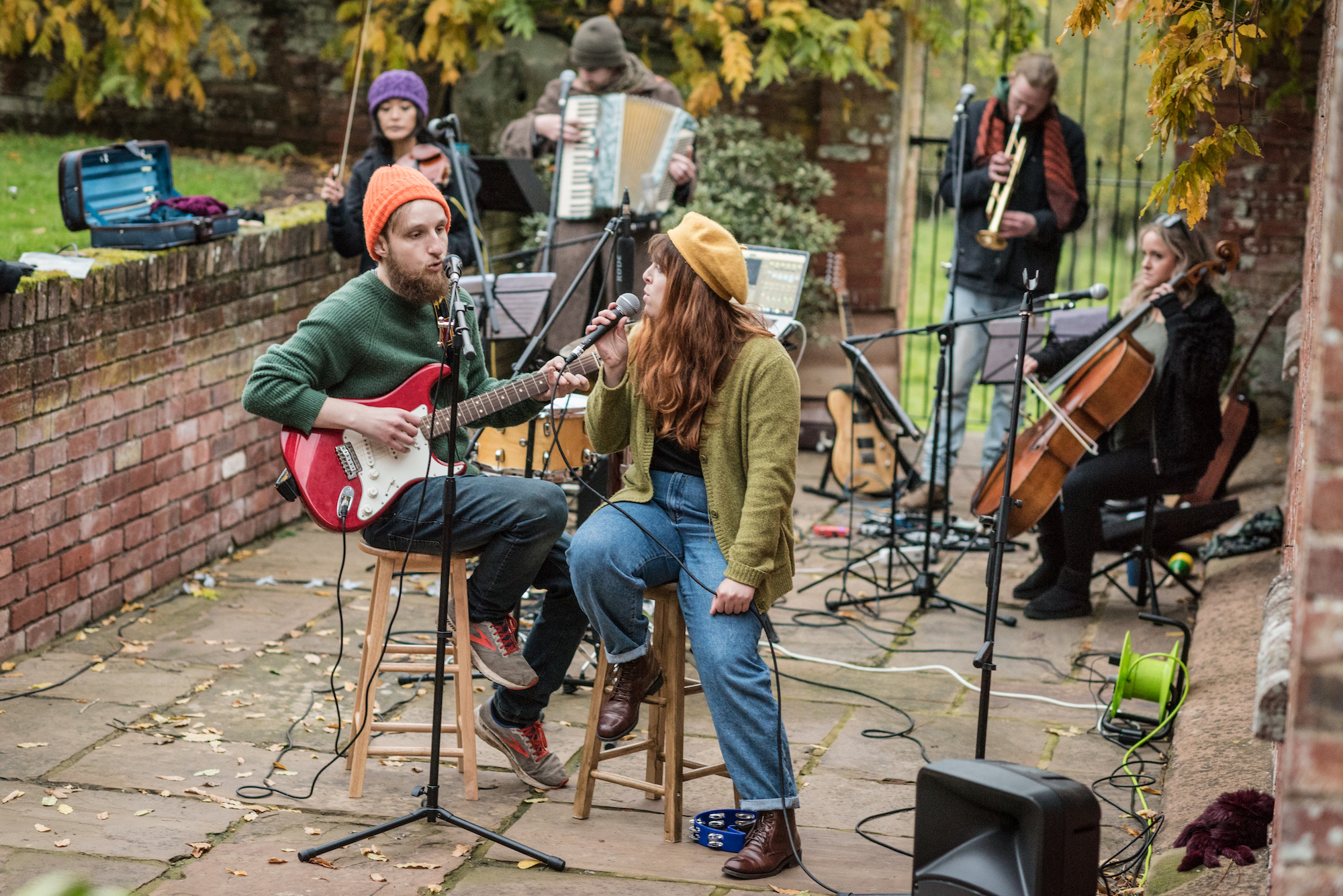 Hero & Leander, or, I Love You, But Everything’s Underwater is a new outdoor show by Jack Dean & Company.

After a successful 2021 UK tour, Jack Dean & Company are back on the road for Summer and Autumn 2022 with Hero & Leander, the epic story of Ancient Greece’s doomed lovers. Developed using Jack Dean & Company’s signature style, Hero & Leander features six multi-instrumentalist performing a variety of folk, indie, sea shanties and choral music in this new cross between concept album and gig-theatre. Touring with its own bandstand Hero & Leander creates a unique atmosphere wherever it goes from music venues to festivals and village greens to theatre gardens.

Two towns, one rich and one poor, stand separated by a narrow strip of ocean. When the borders close and ships stop sailing between them, two lovers are left stranded on either side. Unphased, Leander takes to swimming across the channel to meet Hero, guided by the light of the lighthouse where she lives. But the jealous and vengeful Hephaestus, carrying an ancient grudge, plots to separate them with a flood like neither town has ever seen.

We all know this will probably end badly. But just maybe, this time, it will turn out different…

Jack Dean & Company is led by disabled artist Jack Dean. The project is supported by a Northcott Associateship and a Northern Consortium Commission.

Jack Dean – Grandad and the Machine