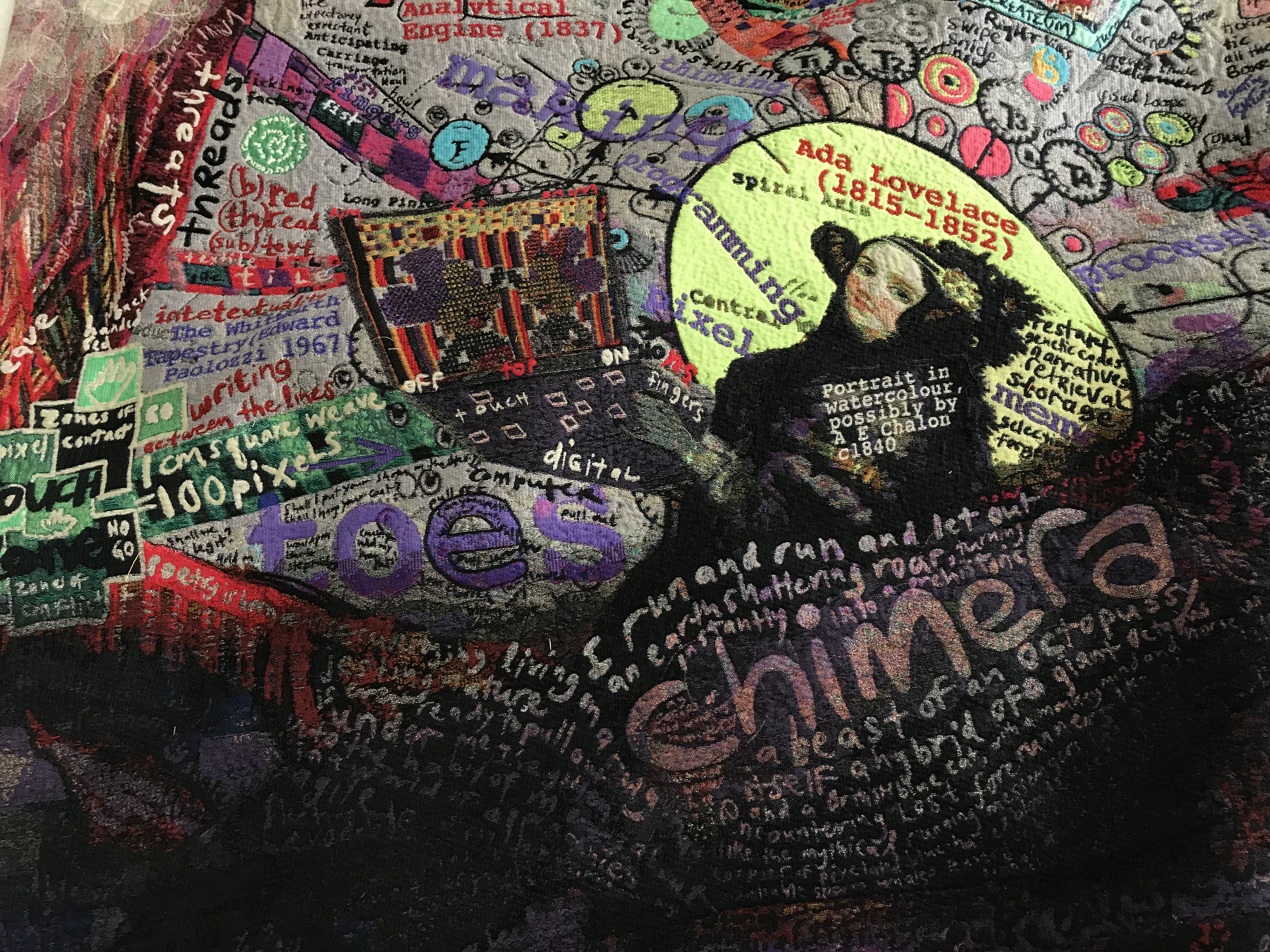 Does your mind wander? How far is too far? When does mental restlessness become impairment? How do the wanderings of the mind and body correlate?

We sat on a mat and had a chat and made maps! #MagicCarpet is a new work by artist Dr Kai Syng Tan in collaboration with Professor of Molecular Psychiatry Philip Asherson of King’s College London’s MRC Social, Genetic & Developmental Psychiatry (MRC SGDP). #MagicCarpet draws on emerging research on the universality of mind wandering as well as how it relates to visual art and Attention Deficit/Hyperactivity Disorder (ADHD). Channeling the exuberance of Grayson Perry’s tapestry art, #MagicCarpet embeds within it Kai’s lived experience as a mind wandering extraordinaire. The project aims to generate a creative space to explore the lines between ‘normal’ and ‘abnormal’ behaviours, imagination and pathology, art practice and scientific research. #MagicCarpet irritates existing assumptions about how we relate to the world, self and one another.

This project unfolds through a series of residencies, talks, workshops and the creation of a new participatory tapestry art installation. As Artist-in-Residence at MRC SGDP, Kai gatecrashes the world of psychiatry to participate in seminars, as well as volunteer for scientific experiments. Her observations, questions and interpretations will be captured in a drawing/map. This will be weaved into a tapestry art piece at Flanders Tapestries in Belgium, which has produced works by Perry and other contemporary artists. The work ‘takes off’ when people sit on the tapestry, get paired up with Kai, Philip and/or other artists and scientists, to chat about their mind wandering. Because words may be inadequate or challenging, they capture their discussions, disagreements and discoveries in the form of maps that they will co-create. Co-riders of the #MagicCarpet include clinicians and researchers from UK Adult ADHD Network (UKAAN), self-taught artists from Submit to Love Studios of Headway East London, a charity for people affected by brain injury. Selected maps, as well as commissioned texts and developmental sketches, will be documented in a limited edition publication.